1 The last Plague (some extracts)

The last Plague (some extracts) 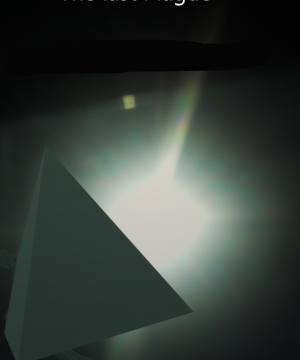 Some explanations before you start reading

About 3500 years ago, Gaïa (our Earth) was the scene of extraordinary events that are reflected in legends around the world. Abina, a young priestess of the Sacred Citadel, and Bek, a visitor from the Other Earth, Hestia, faced disasters while living their story and many other stories.
Reprendre la lecture

I wrote my story in French (La dernière plaie) and I translated into English (Unite Kingdom), I would say, I tried to …. (thanks to DeepL, Reverso and Antidote). I’m aware there could be a lot of mistakes, because even if I speak English, it’s not my mother tongue and writing is not the same thing as talking. So please would you be so understanding and kind to me. The book (only in french) was self published on Amazon so I cannot put more than some percents of it on other sites. The full English version is on the way.

Thank you for your interest in the reading part of this novel; this section will be expanded as I write, to explain some topics as they emerge. At this stage, and experience with the Rain Bearer (La Porteuse de Pluie, also on Amazon), if I had already built the novel in my head, it didn’t agree with me and went in other directions.

For my part, I wrote it primarily for my own pleasure: I like to invent stories, imagine a lot of adventures, and above all I realise that I love to research everything and anything. Every word, every idea provokes existential crises in me (I love that) and I go on a quest (thanks Google, thanks « Ancient Egypt for Dummies » by Florence Maruéjol).

A big thank you to my best friend and faithful MC, my first beta reader who, without any tongue in cheek, gives me her enlightened opinion on my work. I’m currently working on a global rereading and writing, quite a big job.

Having said that, I remind you that I am basically a secretary, scrabble girl. I read a lot and even if I’ve always been writing in my corner, I’m not a historian, an Egyptologist, a volcanologist, a scientist, or any of these specialities that end up in « gist »; the historical elements that you will find may correspond to the historical reality (the official one then; you shouldn’t dream either, in history, there’s not only one truth) …. or not. You may well think that after having installed in my plot visitors from another Earth, I could just as well take certain liberties with commonly accepted facts and dates.

For example, the explosion of Santorini would have taken place 15 days earlier in the season compared to the novel, that is to say at the end of June / beginning of July, according to the discoveries made on site (cycle of insects and crops).

The year always makes debate (according to the traces of ashes found in Greenland, the explosion would have taken place in 1645 B.C.), so I did not put any pressure on myself on this subject. The year was determined in Egypt by the dynasty, the beginning of the pharaoh’s reign and so on, but there again the data I found are not precise. Voluntarily, the name of the Pharaoh is never mentioned, but he is one of those who reigned somewhere between the 17th and 18th dynasties. Roughly, around 1500 – 1550 BC, about 100 years after the dating of Greenland. I could even invent one from scratch, given all the approximations I came across during my research (in the end, I might do it, go figure).

Names of the places /cities according to my research

Other sites and places in the novel

The East Sea: the Red Sea (which seems to have taken this name precisely after a phenomenon that temporarily gave it this colour).

The Middle Sea: the Mediterranean Sea (at one time it may well have had this name …)

My main source (obviously revised and corrected Markham version) comes from an extraordinary book published 70 years ago (yes, in 1950), Worlds in Collision, by Immanuel Velikovsky. I absolutely recommend its reading. It will change your view of the world through the prism of myths and legends. Despite the subject of his book, he is neither a physicist nor an astronomer, and has been criticised for never having put an eye through a telescope. What’s the big deal? Even if that’s true, why would he have done it? He didn’t need to, he was… a psychiatrist. He thought that our collective memory had erased the trauma of the ancient cataclysms which, however, came to us in the form of myths (mostly with strong religious connotations), whereas at the time they were in his opinion (and I share this view entirely) only … blogs (to use a term of our time), « reports » written by the witnesses of these events, live, with their words and their knowledge. I also found in my library « Visa pour une autre terre » by Jacques Bergier who had fascinated me just forty years ago (let him who did not have at that time his period « J’ai Lu – L’aventure mystérieuse » throw me the first stone).

As for the ten plagues of Egypt, I have, of course, reshaped their order and definition to fit my synopsis. I’m spilling a little here, but not that much, since they are quoted so much and more everywhere. I just changed their perception… a little bit …

1-2-3: Darkness, hail and bloodshed are compatible with a volcanic winter.

6: Blue plague: cholera, because of the cyanosis that takes hold in the last stage of the disease, just before the victim dies.

6: Red plague: typhus, because of the red patches that appear on the skin.

9: The locusts: I will not take this to mean anything, but they will be literally them.

10 You won’t know about this one, I’m not going to make it too easy for you…

I tried to respect as much as possible the period dimensions of duration, length, surface. Obviously, the 22-year duration of the « changeover » is a fruit of my imagination; it is nevertheless scientifically based, since it corresponds to the cycle of the solar magnetic field (2 times 11 years, that of the solar cycle itself); the Hestians arrive/remove at each changeover by shuttles that take advantage of the window of modification of the magnetic field.

The Egyptian league (called itérou) measures 10.5 km, nothing to do with the league we are used to, which is between 4 and 5 km long depending on the country (and the sea).

The span (no idea of the ancient term) is based on the width of a hand wide open, in a straight line from the tip of the thumb to the tip of the little finger. This corresponded to 22.5 cm in the Egyptians (small span).

The Egyptian year is composed of 360 days divided into 12 months of 30 days; each month is divided into three decades of 10 days. The 5 remaining days with special names are considered as evil and are before the New Year which starts on July 19th in principle (it is the return of the star Sirius which determines the New Year and announces the flooding of the Nile). These are the days of Osiris (July 14), Horus the Elder (July 15), Set (July 16), Isis (July 17) and Nephthys (July 18). The year is also divided into three seasons: Akhet (the flood), from New Year to mid-November, Peret (the ebb or winter), from about mid-November to mid-March, and Chemou (the harvest), from mid-March to the following New Year. Although the Egyptians were aware of the gap between the sun and their rigid calendar, the leap year was introduced much later in Egypt, imposed by the calendar of … Julius Caesar.

The day, which runs from dawn to dawn, is divided into 12 hours of night and 12 hours of daylight, obviously of unequal duration depending on the season. A whole system of measurements makes it possible to calculate them thanks to the clepsydras.

I would like to thank those who are much more knowledgeable in these areas for their comments.

I hope these explanations are not too indigestible, but they should answer any questions you may have. Feel free to ask more…if I can answer them….

P.S.: When I wrote the epilogue to The Rain Bearer, I wanted to find Gaïa and her sister Hestia in a past I imagined they had in common. So I decided to indulge myself by embarking on this new adventure.

P.S.: bis: The photo used on the cover (without the pyramid), which was a failure, also has a story to tell: it was taken against the light through the window of a tourist bus that was criss-crossing Los Angeles to show the homes of the stars to the tourists. That day, I was celebrating my fiftieth birthday …